Fortify
The Defender is a strong defensive unit that can be trained after researching the Shields technology. As their name implies, defenders have good defence while lacking in attack and movement. The Quetzali tribe starts the game with a Defender. 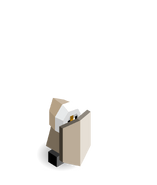 The Defender icon
Community content is available under CC-BY-SA unless otherwise noted.
Advertisement