Dash, freeze, fortify
The Ice Archer is a unit exclusive to the Polaris tribe that has the ability to freeze enemy units from a distance. The Ice Archer are unlocked with the Archery technology and replace the Archer. The Ice Archer regularly does not deal any damage when attacking, as it freezes the targeted enemy instead.

Ice Archers are good at: 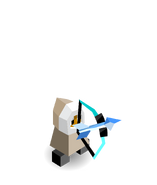 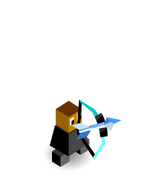 The "ice arrow" projectile shot by an Ice Archer.
Community content is available under CC-BY-SA unless otherwise noted.
Advertisement