Dash, persist, fortify
The Knight is a mobile, hard-hitting unit that can attack again after killing an enemy.

The design involves the tribe's warrior placed upon their game similar to a Rider, but with a shield in front and beside them and a lance.

Knights are good for: 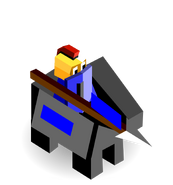 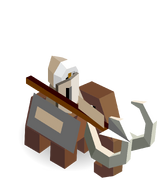 The Knight icon
Community content is available under CC-BY-SA unless otherwise noted.
Advertisement