1
The Mind Bender is a unit that can to heal adjacent friendly troops and convert enemy troops to your side.

It converts enemy units by attacking them and has the "Heal Others" ability, which allows it to heal all adjacent friendly units by up to 4 HP. (It cannot heal past a unit's maximum HP.)

Mind Benders are good for: 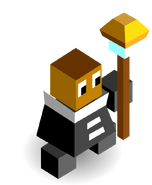