Spiritualism is a Tier Three technology that unlocks the Grow Forest ability, allowing Forests to be grown on field, fruit, or crop tiles within your territory for five stars. Spiritualism also unlocks Forest Temples, which cost only 15 stars, five stars less than other Temples. (Note that growing a Forest and building a Forest Temple costs 20 stars in total, the same as building any other type of Temple.

Spiritualism can only be researched after Archery is researched.

With Farming and Chivalry, it is possible to build a farm on an empty field tile by growing a Forest, burning it, and building a farm. This is a very expensive method of gaining population (costing 15 stars), but can be the only way to get a decent amount of population from an empty field tile. 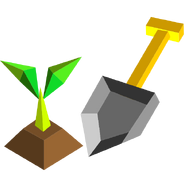 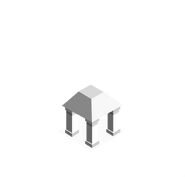 A level 1 Forest Temple
Add a photo to this gallery
Retrieved from "https://polytopia.fandom.com/wiki/Spiritualism?oldid=40125"
Community content is available under CC-BY-SA unless otherwise noted.