Strategy is a tier two technology that unlocks the Defender unit and the peace treaty. The Quetzali tribe starts with Strategy. For Cymanti, Strategy unlocks the Kiton, a special unit that replaces the Defender.

Prior to update 2.1, which added Diplomacy, Strategy was named Shields and did not unlock the peace treaty.

The Peace Treaty offers another player the opportunity to become friends indefinitely. The Strategy technology is required to send, but not respond to, a peace treaty. While two tribes are at peace, they cannot perform any hostile actions, such as attacking, occupying cities, etc. Their units can also freely move past each other and use each other's roads. And income from Embassies is doubled. A peace treaty can be unilaterally terminated, but the player that breaks the peace treaty cannot attack the other player for one turn, along with all of their units within the enemy's borders being disbanded.

For more info on the mechanics regarding Peace Treaties, see Tribe Relations. 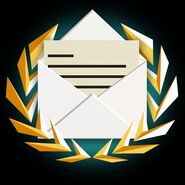 The icon for the peace treaty 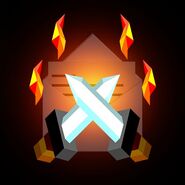 The icon for a rejected peace treaty
Community content is available under CC-BY-SA unless otherwise noted.
Advertisement