Technology is research that unlocks new resources, buildings, units, and abilities. Technology can be researched using stars, discovered in Ruins, or obtained by meeting enemy tribes (in Perfection and multiplayer). All tribes, except for Luxidoor and Aquarion, start the game with one technology researched.

The Literacy Bonus, unlocked with the Philosophy technology, reduces the price of technologies by 20% (rounded up).

To access the technology tree, where new technologies are researched, click the blue beaker at the bottom of the screen. If the player can afford to purchase a technology, the button will glow blue. If not, it will be black. 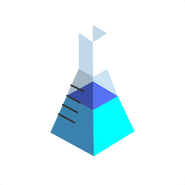 The Literacy icon
Add a photo to this gallery

Retrieved from "https://polytopia.fandom.com/wiki/Technology?oldid=42288"
Community content is available under CC-BY-SA unless otherwise noted.