"By decree of the divine ruler Midjiwan, a new age has been announced! It is the age of the Stone of Time, a sacred tablet that divides the year to honour the twelve original tribes of the Polytopian square."

-Official description of the Stone of Time

Tribe Moons are month-long holidays commemorating the 12 regular tribes of Polytopia. The order of the Tribe Moons was designated by the Stone Of Time, a calendar for the year 2020 decreed by Midjiwan, the developer of Polytopia.

Tribe Moons are primarily celebrated on the first day of each month when lore blurb is posted. During the month of a tribe's Tribe Moon, the merchandise of the tribe receives discounts on the web store, the custom emoji for the Giant on the Polytopia Discord server is changed to the tribe's Giant, and often extended tribe theme for the tribe is released. 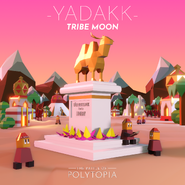 Despite usually being written off as simple merchants, the Yădakk invest plenty into both art and education, often building museums and schools in their trade hubs. 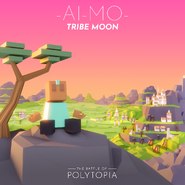 The iconic strips on the foreheads of the Ai-Mo are made from the dye of the Issi flower, which is believed to improve mental clarity. 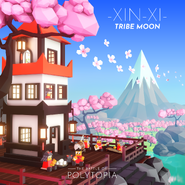 While every tribe has their own rituals surrounding the laying of an egg, the Xin-Xi are well known for their elaborate performances. At dawn, recently laid Xin-Xi eggs are painted with bright, vibrant colors and mesmerizing patterns, all while a troupe of village musicians play a song to ward off evil spirits. 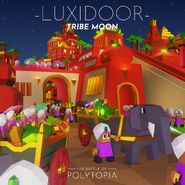 Carts full of gold, jewels, fabrics, and incense flow out of the temple of Exigeluss, the God of Wealth, blessing even the poorest of Luxidoor with a life of extravagance. Of course, nothing is free, and the Emperor wonders what Exigeluss will ask for in return... 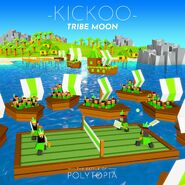 When Kickoo sailors aren't sailing, they prefer to play sports! Footraces, wrestling, and canoeing are common, but the most popular sport is Hak'ilani, which is similar to tennis but played by 4 players on a specially-made floating platform. Don't fall off! 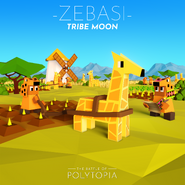 M'basana Jerozi, aka the "Geroffy," was the first of many animals to be cataloged by Zebasi scholars in the Zuzanna Yaya, the Square's largest compendium of flora and fauna. Horticulture, zoology, botany, and biology are all fields of study for the curious inhabitants of Zeboya. 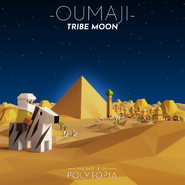 The Mausoleum at Ojibake is the final resting place of Mubehasi the Undefeated, the legendary leader of the Oumaji hordes and unifier of the Seven Oumaji Clans. The tower holds the records of their mighty reign and ensures that the memory of Mubehasi lives on in the hearts of all Oumaji! 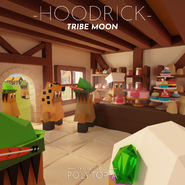 The Hoodrick are known throughout the Square for their baked goods. Quissberries can be made into pies, cobblers, tarts, fritters, breads, jams, and a multitude of other delightful confections, and even their enemies have to agree that no one can bake like the Hoodrick. 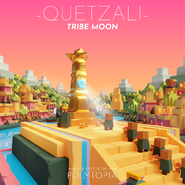 When the reigning Quetzali 'All-Feather' dies or resigns, a successor is chosen through the Tichitelxi Ceremony. With offerings of food in hand, Quetzali children hope for selection by the Bird Gods - a shimmer of light from the Pillar of Ixquezel at the Temple of Ixte'wop. 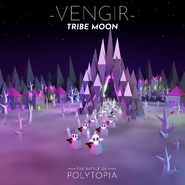 Where do Polytopians go when they die? No one knows, but the Vengir believe that souls of the dead pass through the Gate of Power to Hirkthr, the Underworld. In remembrance, the Vengir celebrate the "Skull Party" here, where they pray, send offerings, and wear the skull of their favorite relative. 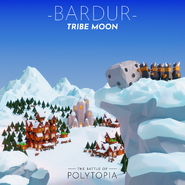 The process of choosing the next Bardur Jarl is simple, they choose candidates and roll a dice. Bardurians believe the will of the gods is best found in circumstances of chance and chaos, such as the heat of battle.
Add a photo to this gallery
Retrieved from "https://polytopia.fandom.com/wiki/Tribe_Moons?oldid=41526"
Community content is available under CC-BY-SA unless otherwise noted.