The Yădakk started out as a nomadic tribe in the beautiful harsh Khalee plains. Now they are the traders of the Square, connecting their empire with impressive trade routes.
-Tribe description

Yădakk the 12th and final regular tribe in Polytopia. It starts with the Roads technology.

Yădakk is an upper-mid-tier tribe with decent resources and a useful starting technology.

Molded by a harsh existence through a nomadic lifestyle on the Khalee Plains, the Yădakk became merchants famed for their elaborate trade network. These jovial merchants are always ready for a good deal, great stories, and a life full of adventure.
-Zoythrus on Steam

The design of the Yădakk is inspired by the cultures of peoples living along the Silk Road, including the Turkish and Mongolian cultures.[3] This theme was inspired by the Mongol-themed fan-made tribe Moriton.[4]

The Khamelk (Yădakk animal) was inspired by Kamälgen, a monument in Midjiwan's hometown that is a cross between the camel and the moose. The name of the Khamelk is a portmanteau of the words "camel" and "elk." 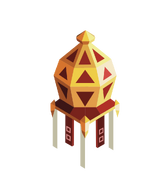 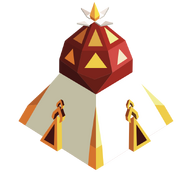 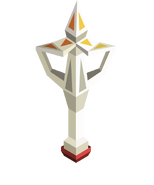 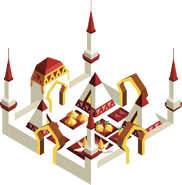 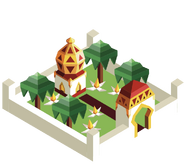