Zebasi thrive on the warm savannah, cultivating the rich soil to provide food for their mighty population.

The Zebasi tribe is the ninth of the 12 regular tribes in Polytopia. Zebasi starts with the Farming technology.

Zebasi is a relatively strong tribe because it can upgrade its capital on turn 0. Zebasi can upgrade its city further than other tribes can with just its starting technology, since Farms produce two population. However, Zebasi is usually considered weaker than Luxidoor, Kickoo, and Bardur.

Zebasi has -forest, -mountain, and -fruit.

Hailing from the land of Zeboya, the breadbasket of the Square, the Zebasi spend their days working their farms or leisurely watching the sun set on their serene savanna. A jovial and inquisitive folk, the Zebasi are always looking for new ways to understand the world around them. 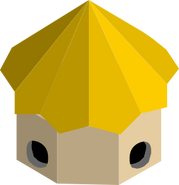 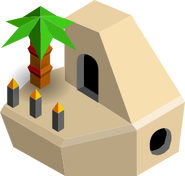 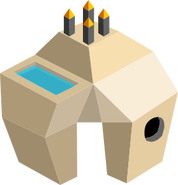 Add a photo to this gallery

Retrieved from "https://polytopia.fandom.com/wiki/Zebasi?oldid=44159"
Community content is available under CC-BY-SA unless otherwise noted.